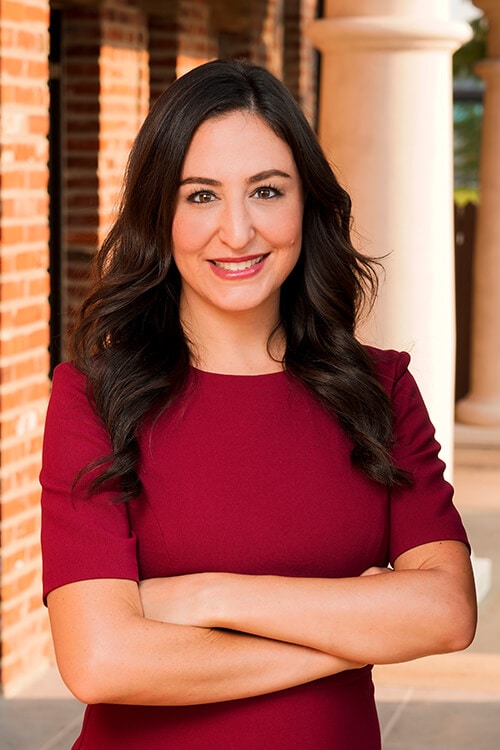 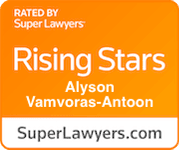 Alyson handles a variety of cases, mainly in the areas of child custody, criminal defense, and personal injury. Alyson also has a passion for animal welfare and is one of a handful of attorneys who practices animal law in the State of Louisiana. Alyson is a lifelong Lake Charles resident, briefly moving to Baton Rouge while attending Louisiana State University as an undergraduate, where she obtained a bachelor’s degree in history. She obtained her Juris Doctor from Southern University Law Center in 2010. During law school, Alyson was a two-time recipient of the CALI Excellence for the Future Award in Legal Writing. Mrs. Antoon is admitted to practice in all State courts of Louisiana and before the U.S. District Court for the Western District of Louisiana. She is certified as a divorce and family law mediator, and a past instructor at Delta Tech School of Business and Technology.

She is a member of Fusion Five: Young Professionals Organization, the American Association of Premier DUI Attorneys, The Louisiana State Bar Association, the Southwest Louisiana Bar Association Young Lawyers Section (board Member, President-Elect 2017, and President 2018), the SWLA Bar Association Women’s Section (currently Vice President), SWLA Bar Association Family Law Section, Chair of the Louisiana State Bar Association’s Animal Law Section, chosen as a Super Lawyer’s “Rising Star” for four consecutive years, and as one of Thrive Magazine’s “13 Thriving 30-somethings” in 2017. She was also a speaker at the 2016 LSBA Animal Law Section’s annual seminar. Alyson is daughter to Glen Vamvoras and has been married to Michael N. Antoon since 2013. Alyson has been recognized as one of the top attorneys in family law and criminal defense and has been chosen as a “rising star” for 4 consecutive years.

<< Back to Attorneys
Go to Top